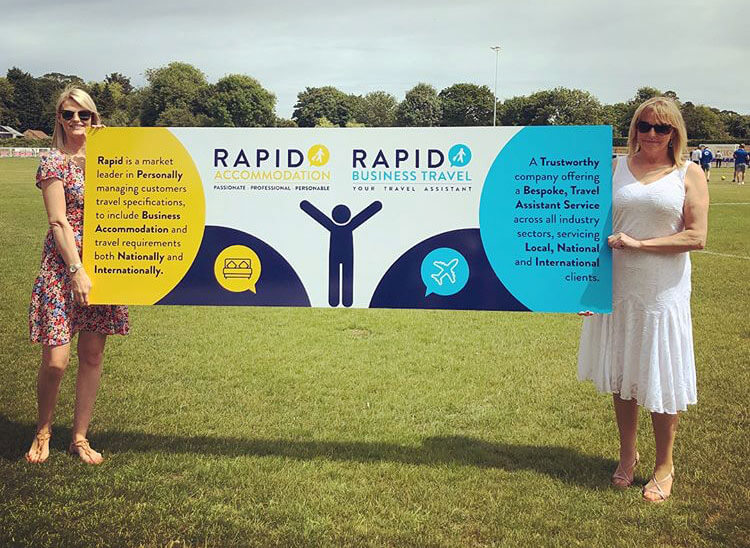 Leave it out Liverpool…

And away with you Arsenal!

When it comes to which football club we support here at Rapid, there’s only one team for us:

We’re not talking about those old hooters over in Sheffield. Far from it.

For a while now there have been some new Owls in town. Specifically, in the seaside town of Cleethorpes, just down the road from where Rapid is based.

You see, that’s the official nickname of Cleethorpes Town F.C. and if you didn’t know our little Humber retreat had it’s own football team – you do now.

In fact, we think it’s time you got down to the Linden Club on Clee Road to show your support.

That’s what we’ve been up to recently.

We’re showing our support by sponsoring the up and coming local team. When you go down to the ground, you’ll see our name proudly displayed at the side of the pitch.

Now is the perfect time to show your support

We’ve actually had a Cleethorpes team for a fair few years – it was actually established 20 years ago, in 1998.

Originally known as the Lincolnshire Soccer School, the team has been through quite a few iterations.

But in 2008 they officially became known as Cleethorpes Town F.C. and things really started kicking off.

Flash forward to this season and the team are riding high in the Northern Premier League after finishing as champions last year. They even enjoyed their first taste of Wembley recently, where they competed for the FA Vase.

Sadly, the trip to London ended in defeat. But the team returned home with their heads held high. In fact, with the team starting to settle into their new permanent home at the Linden Club on Clee Road, things are really coming together now.

It’s all great news for Cleethorpes and we’re so pleased to be able to help the continuing rise of the team in our own way.

As you’ll know, if you follow the work we do locally, we love to get involved as much as possible in the exciting and positive developments in the region.

You’ll regularly see members of the Rapid team down at the ground on a Saturday, supporting the manager, Marcus Newell, and backing the boys in blue and black.

If you’re a local to the area, we’d love you to join us in supporting your local team. And hey, if you see one of our own team down there, don’t hesitate to say hello.

You might turn up to watch a bit of football but leave with your future business accommodation sorted forever.