Are ferries safe? Why the dangers of ferries are nothing to worry about: 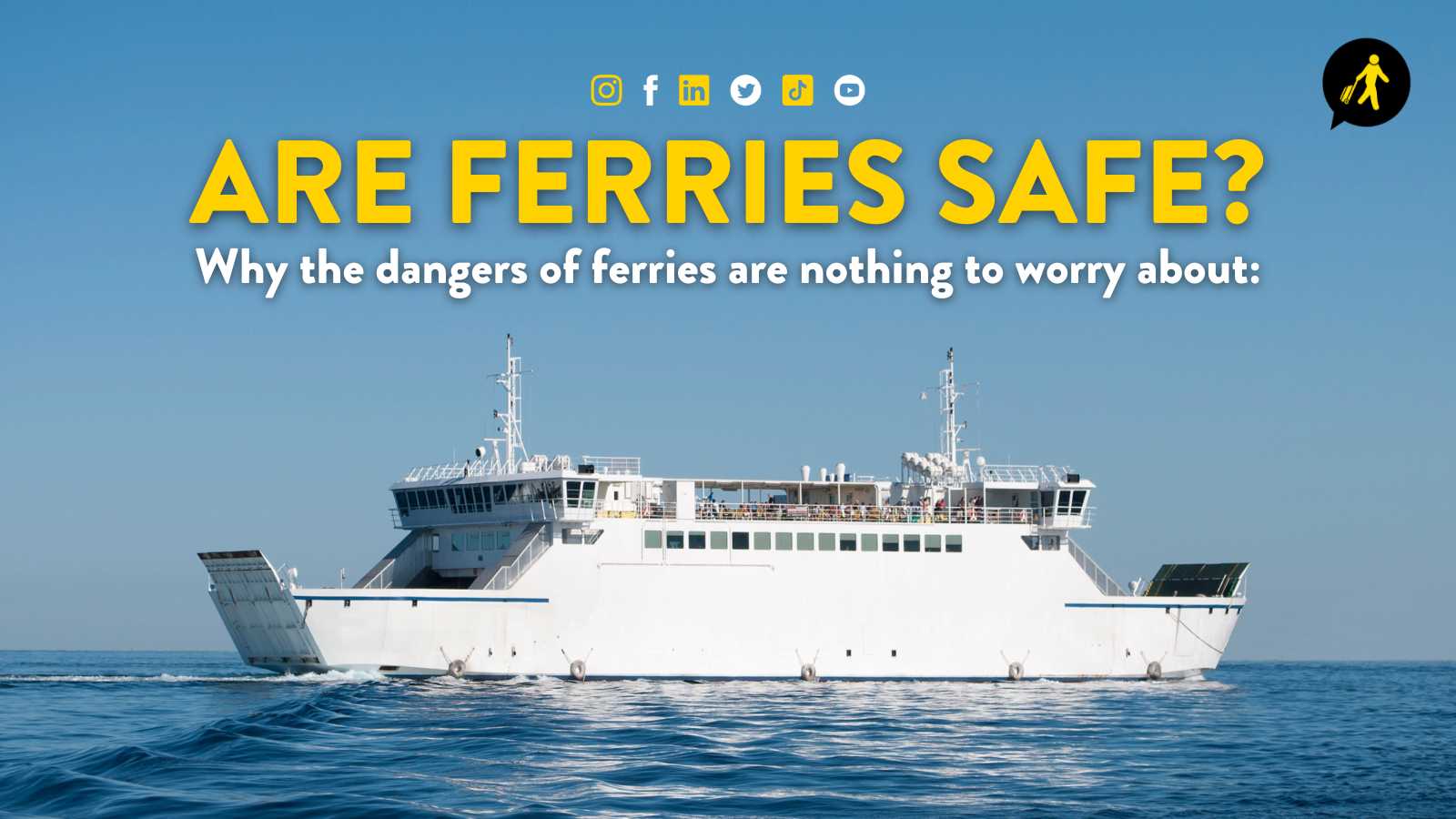 Are ferries safe? Here’s a breakdown of the dangers of travelling by ferry and why you shouldn’t let them worry you.

Generally travelling by ferry is usually considered one of the safest ways to travel. Ferry disasters are very rare, even if the more prominent ones are very memorable. Most ferry accidents are caused by unsuitable weather, overcrowding, and poor vessel maintenance. These are all rare instances that you shouldn’t be concerned about, and here’s why:

Reputable ferry companies will always cancel the planned journey if weather is unsuitable and will stop at the next port if weather suddenly becomes dangerous during the journey. The Princess of the Stars, Toya Maru, Shamia, and Cahaya Bahari all sank in storms & typhoons after the ferry operators decided to continue with the planned journey. However, these ferries all came from countries with less strict laws than most western countries so a trip between two developed nations is unlikely to still go ahead in a storm. There generally isn’t any need to worry if weather conditions are perfect and it’s very unusual for ferries to set sail in dangerous conditions.

The Princess of the Stars sank in the Philippines, which used to be known for having the most dangerous ferry travel on Earth. However, starting in 2016 they have begun to completely transform.

Ferries capsized by overcrowding & why you shouldn’t worry:

Most developed countries have strict rules against this and monitor it closely, so unless you already have reason to think corners are being cut there isn’t any need to worry about it. If you want to take any preventative measures, you could research the ferry company and generally speaking if the ship looks far too crowded, it probably is. We always make checks on the ferry companies we use, to ensure they are responsible and dependable.

Fortunately, overcrowded ferries are sometimes only a major problem when coupled with other causes, such as weather. An overcrowded ferry is far more likely to capsize in a storm than one that isn’t. So even on the off chance your ferry is weighed down, your chances are still better if weather conditions are perfect.

Ferries sank by poor maintenance & why it isn’t a concern:

Not maintaining a ferry can cause many safety issues to arise. Making DIY repairs, not attending to issues that concern the vessel being watertight, and not carrying out regular checks are all common causes of ships sinking. Due to most modern vessels having watertight sections, a small breach is unlikely to become a major issue. At the very least, the crew will have time to get the ship to the next port before the passengers are put in danger. It would also take a lot of water to topple the ship, enough to majorly unbalance it. At Rapid we don’t use companies known for not maintaining their ships and check reviews carefully to ensure this type of negligence doesn’t affect our clients.

You might be wondering how to avoid falling victim to a capsize such as the MS Herald of the Sea (the famous Zeebrugge ferry from 1987) but there simply isn’t any need. Since that ferry capsized many improvements have been made to prevent that ever happening again. These include watertight ramps, indicators for the position of the bow doors and the banning of unmanned decks. The ship in question sank after the bow doors were left open. The fame of this ferry disaster has made it unlikely that these mistakes would be made again. Indicators for the position of the bow doors ensure that the Captain always knows if they are open or closed and leave port. Many vessels have removed the bow doors altogether. It was also the UK’s worst peacetime maritime disaster since 1919, showing how rare the incident was.

When you book through Rapid, we always make sure to use a reputable company. We always check reviews and previous complaints made against the company, so we can choose the best provider for you.

The Benefits of Travelling by Ferry