Staying in London: our top tips 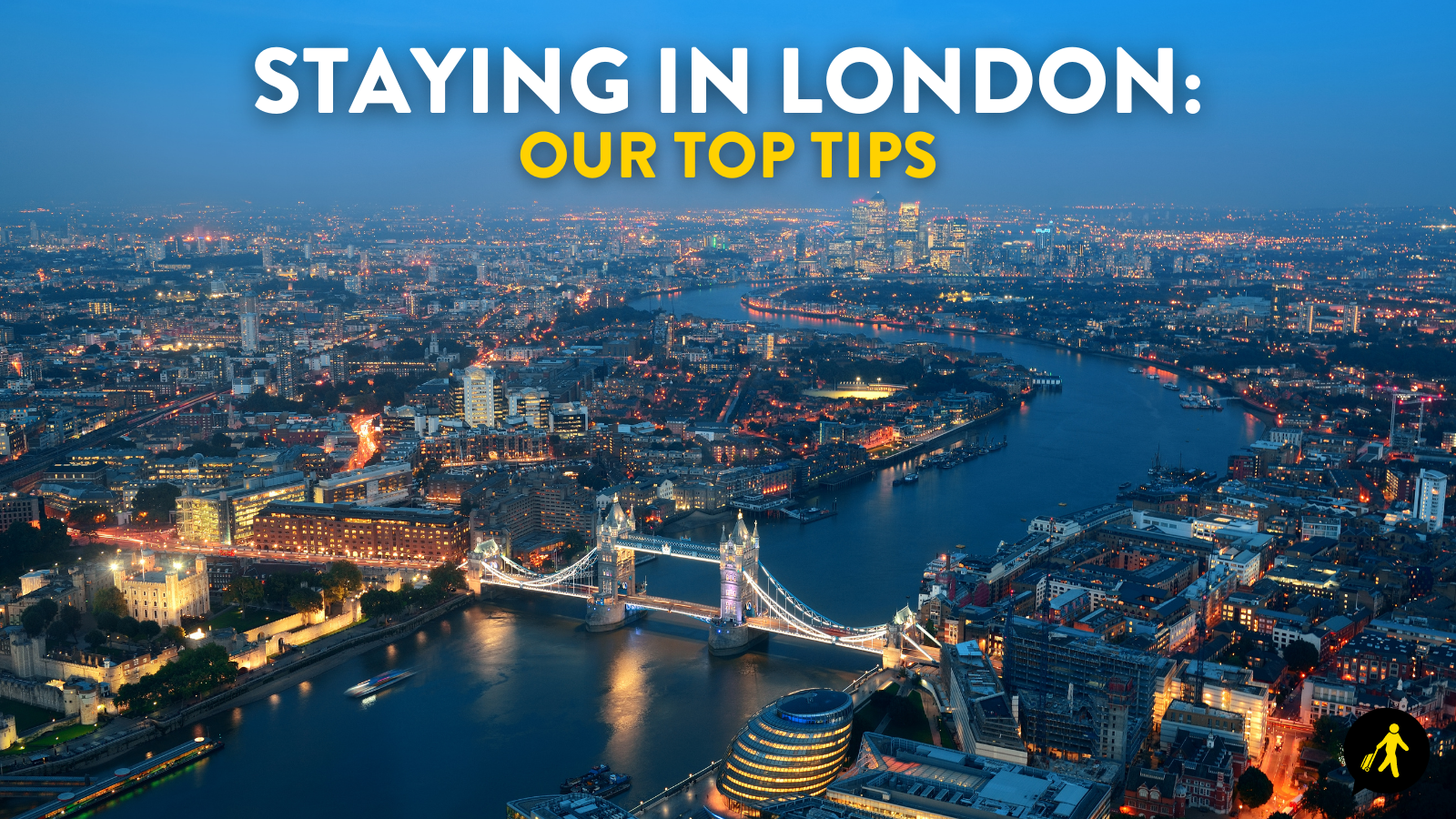 Staying in London for the first time can be daunting, especially as it’s twice the size of New York! Here’s some top tips to make your trip smooth sailing:

There are a number of apps you can download that make staying in London easier. One of the best is simply called ‘Tube Map’. It has maps of all of the Underground and a route planner to help you make sense of what train changes you need to get from A to B. One of the major benefits is not having to fight to see the map on the station wall in rush hour.

Some other apps worth downloading:

The cheapest way to travel in London

Even as a visitor, getting an Oyster card is a must for staying in London. To begin with, it’s cheaper than getting paper tickets, but its major benefit is that after you hit the cap, your travel for the rest of the day is free. The amount you get capped at can vary depending on how many zones of London you are travelling through and what time of day.

It’s also faster! Forget having to go and get a paper ticket at every Underground station (which can really hold you up in rush hour), you can just scan your Oyster card and go straight through to the platforms.

You can get an Oyster card here: https://oyster.tfl.gov.uk/oyster/link/0005.do

The best way to avoid getting your bag stolen or getting pickpocketed is to keep your hand on it at all times (especially on the Underground) and to keep it under the table in bars, restaurants, cafes, etc. If you are bringing a backpack, it might be better to consider changing that to a satchel or getting small luggage padlocks for all of the zips. It’s also a good idea to make sure it’s a backpack with a closure at the front so it can’t be pulled off your back.

It’s also a good idea to avoid standing in crowds, especially around street performances where pickpocketing is common.

Avoid getting pickpocketed or scammed with some more advice: https://www.rapidtravelgroup.com/2021/09/06/common-tourist-traveller-scams-to-watch-out-for/

London’s number 11 bus is the best way to see London’s major attractions, as well as getting between several areas for a single bus ticket. For much cheaper than a hop-on-hop-off tourist bus, you can head through Westminster, Trafalgar Square and Covent Garden on the no. 11. There’s also a number of less well known sights to see on the route, such as the Royal Exchange Sight where you can shop at Gucci and Australia House which was used as Gringotts Wizarding Bank in the Harry Potter movies. It’s recommended that you sit on the right hand side, for a better view.

Before you head to the nearest tube station, it’s worth looking at where you are on a map (or Google Maps). Sometimes you are much closer to your destination than you think you are and it would be quicker to just walk, especially if the nearest tube station is several streets away. Most places in London aren’t walking distance from each other but if your destination is only one or two tube stops away, you can easily save some money by just walking.